Large herds of animals gather around Lake Ndutu, which is the best place to see wildlife. It is a shallow alkaline lake on the eastern edge of Serengeti national park. In 1973, a 140-square-meter archaeological dig site was set up on the shores of Lake Ndutu.

Large herds of animals gather around Lake Ndutu, which is the best place to see wildlife. It is a shallow alkaline lake on the eastern edge of Serengeti national park. In 1973, a 140-square-meter archaeological dig site was set up on the shores of Lake Ndutu. This is where the Ndutu cranium and the remains of tools from more than 500,000 years ago were found.

Today, it gives animals water and is in the same basin as lake Masek, which is just to the east of it but still inside the Ngorongoro conservation area.

A lot of animals live in the forests and granite Kopjes around Lake Ndutu when they are not migrating.

The Ngorongoro Conservation Area runs from Serengeti National Park in the north to the Great Rift Valley in the east. The conservation area is more than 8,000 km2 in size (3,200 sq. miles). It is made up of the Ngorongoro Crater, Ndutu, Olduvai Gorge, Empakaai, Olmoti Crater, and Oldonyo Lengai Mountain. A lot of different animals live in the mix of forests, valleys, savannah, craters, lakes, and swamps.

The main thing about this area is the well-known Ngorongoro Crater. About 2 to 3 million years ago, the big volcano blew up and fell in on itself. Because of this, a crater formed, which led to a unique ecosystem with many different kinds of plants.

Today, more animals live in the crater than anywhere else in Africa. It is home to zebras, buffalos, warthogs, baboons, elephants, flamingos, ostriches, and hippos. There are a lot of animals that eat other animals, like lions, hyenas, jackals, cheetahs, and leopards. The Big Five—buffalo, elephant, leopard, lion, and rhinoceros—are also a big draw to the Ngorongoro Crater. In this 20-kilometer-wide (12,5-mile-wide) and 600-meter-deep (2,000-foot-deep) crater, you can see all of them. Enjoy seeing all the different animals and the beautiful colors of the land. From the edge of the crater, you can see the floor of the crater in a beautiful way. The crater is one of Africa’s Seven Natural Wonders because of how beautiful it is.

During your safari, you may also be able to visit the Maasai tribe. In this area, they are allowed to let their animals graze. We suggest that you book a Maasai Tour if you really want to learn more about the way of life and traditions of this interesting tribe.

You would like to add Ngorongoro Crater to your plans? Check out our Tanzania safaris for ideas, or get in touch with us for advice. 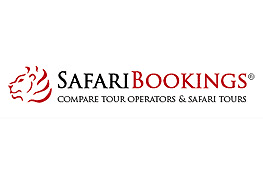